My researches into the so-called ‘Leonardo’s bicycle’ began in the late Eighties, a little over a decade after the sketch was foisted on the world. At that time an argument was raging in the cycling press between the out-and-out sceptics and those who argued the mechanics of a bicycle were within the possibilities of medieval technology.

As with everybody who quietly becomes obsessed with this controversy, I flipped between the poles, each new piece of evidence raising more questions than it answered. It was only when I started digging deep into the substrata of circumstantial evidence that the conundrum began to make sense, and that took time, a lot of time. 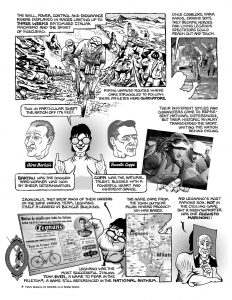 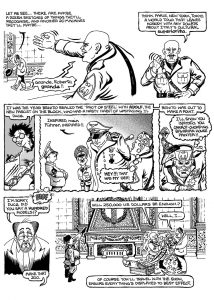 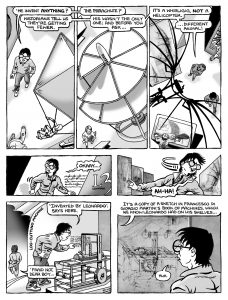 It was one of those investigations where you begin to wonder if there will ever be a moment when you believe all the questions have been answered and the case proven. For me, the appearance of the prehistoric ‘Lu Ban bicycle’ in China in 2010 stitched it. However, taking nothing from the story, I readily confess there remains one niggling loose thread you may well be the one to sew up.

During those decades I wrote a number of articles for various international magazines on the subject, dry, almost academic articles that failed to capture how ridiculous the controversy had become. Certain highly respected academics, antiquarians and bicycle nerds in Italy, German, France, Britain, Russia and China were at each others’ throats, adamant theirs was the nation that could authentically claim to have invented the very first bicycle. The emergence of the Internet then gave a platform to all manner of outrageous theories propagated by any number of misguided souls who really needed to get out more.

Somebody had to present the definitive story, and since the controversy was all about a drawing, since much of the evidence was visual, and since nobody else seemed to be considering the evidence I was unearthing in the substrata, I settled down at the back end of 2010 to produce the graphic investigation that has become ‘The Curious Case of Leonardo’s Bicycle’. 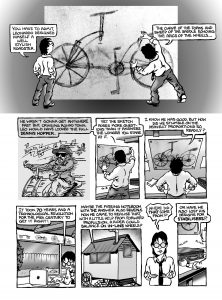 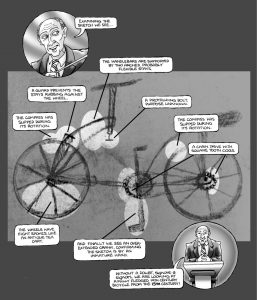 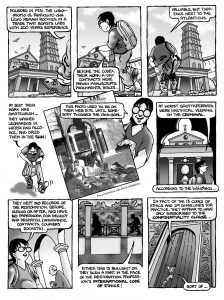 The complexity of the case demanded that I present each element as a self contained block or chapter that the reader stitched into an ever expanding tapestry as they progressed through the narrative. Some of the elements, such as the ‘Godforsaken Years’, were so far from most people’s awareness it seemed the best way to present them was through imaginative fictions. Holding the whole thing together was my incredulous sleuth, jumping through historical eras, travelling between continents, examining every wild thread with the jaundiced eye it deserved. In the process, unexpected revelations slapped me in the face and demanded weaving in, like the shocking truth that Leonardo da Vinci really wasn’t the inventive genius the international art market likes to peddle.

Nine years later I finished the artwork and began the soul destroying process of trying to find a publisher. I approached around thirty in the UK and overseas. As per normal, many simply went dead on me. A few rejected my efforts on the grounds that my cartooning was, well, cartooning and not the glorious technicolour smorgasbord they were looking for in their next vacuous comic publication. Fourteen took the trouble to contact me (itself an achievement) with appraisals that ranged from ‘neat’ (from the US of A) to ‘a masterpiece’ (from France). A couple even put a whole lot of work into the manuscript, suggesting improvements, searching for sponsors and shoving it in front of imprint houses. None took it up, mostly (they said) because they simply could not see where it might fit in their catalogue.

Frankly there was no way I was going to die without seeing my ‘magnificent obsession’ in print so I did it the old way – saved the money, found a good local printer and turned out the limited and thoroughly unique edition now available to you as a monograph.