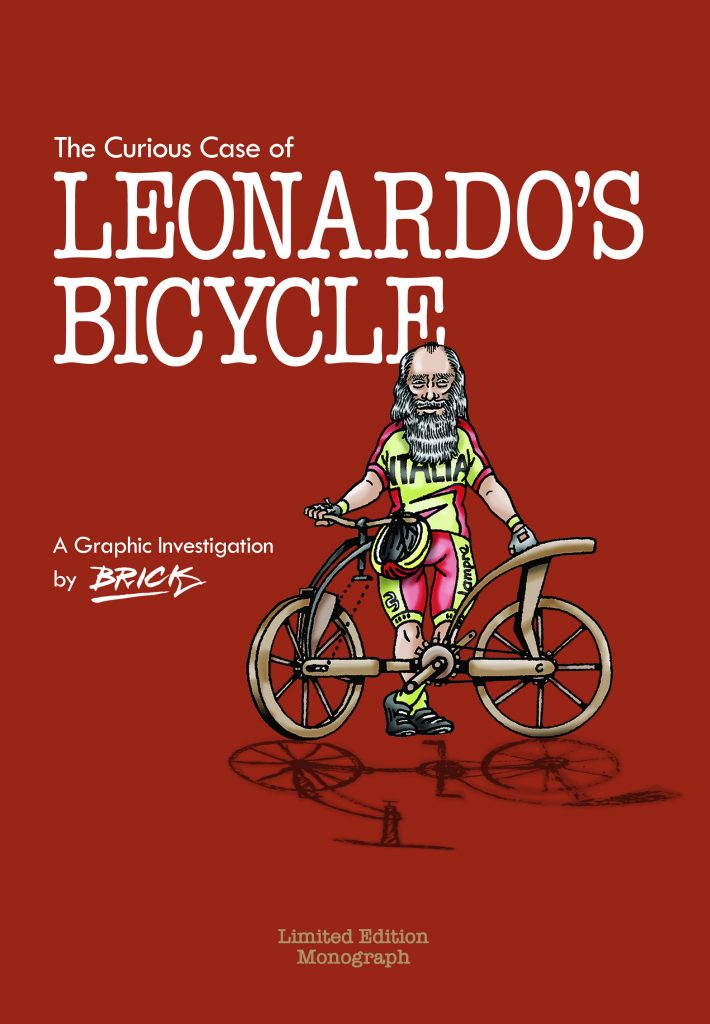 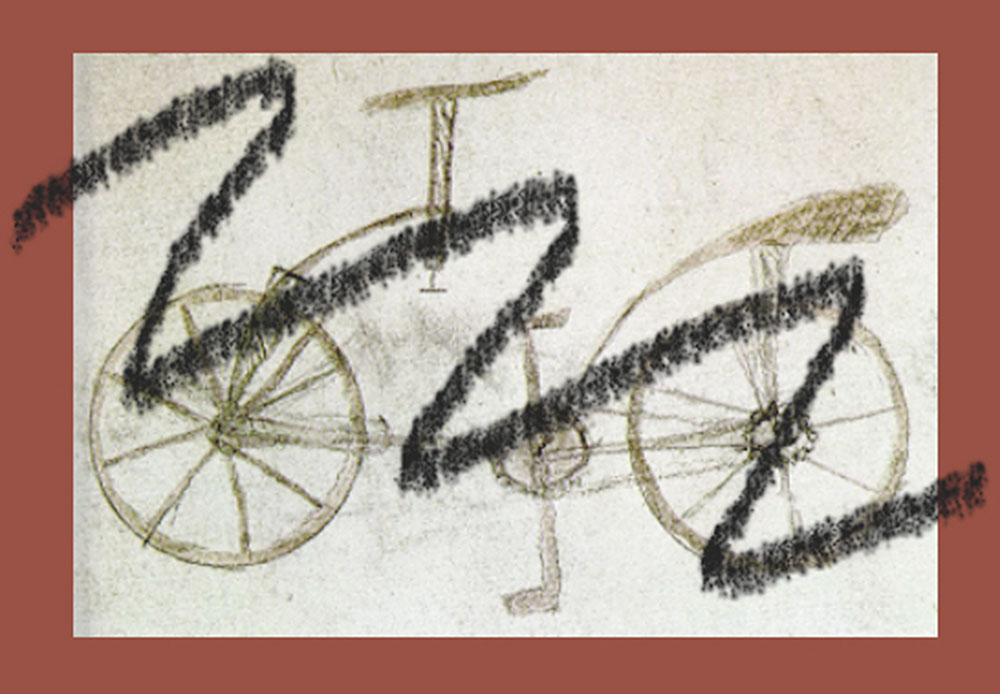 The Curious Case of Leonardo’s Bicycle is a detective story, a graphic investigation into a true but utterly bizarre mystery that has been gnawing away at great minds since the 1970s if not the 1490s. It is one man’s obsession to get to the bottom of how a 15thcentury drawing in one of Leonardo da Vinci’s sketchbooks came to depict a vehicle not invented until the 19thcentury.

While geeks on the web continue to speculate wildly, this is the definitive, thoroughly adulterated and equally wild case history that wends a twisting path through academic mendacity, state terrorism, Vatican corruption, a democratic uprising and a global natural disaster that produced climate change the like of which the world has never experienced before or since. It corners the main players, points accusatory fingers and uncovers why it profits the multinational art industry to feed and nurture this crazy controversy.

Told with the biting humour and superb cartoon artistry we’ve come to expect from Brick, our sleuth travels through the ages and across continents to gather hard and circumstantial evidence from the most unlikely sources that he hopes will finally drive a nail into the coffin of ‘Leonardo’s bicycle’.